Yes, Twitter can be used for real estate marketing too, just like Facebook, Instagram and Pinterest. Twitter originally made you edit your message down to just 140 characters which was good practice for creating a very tight message. But now, it has expanded its numbers to 280 characters and a bit more information can be included. Each Tweet should include a picture. Pictures or photos create more engagement naturally. As people scroll through their feed, they pause a bit on

Like Instagram, Pinterest is an image driven social media platform. When it started in 2010, it was a new arena to post pictures of crafts and how to do projects. But since then, it has become the fourth largest in getting traffic. Facebook, Twitter, Google + and Tumblr have the ability to share content such as comments, articles, statements, blogs and other written material. But, Pinterest is basically all about the visuals. Photos, paintings, cartoons and pictures of projec

SPAM! Just saying the word brings up a response! No one likes spam and we seem to get a lot of it. You can avoid becoming a spammer with your emails by simply knowing which words to use in your subject line. People see certain words in the Subject Line and they instantly think that it is spam and send it directly into the trash without ever opening it! Filters try to catch the SPAM emails before they even make it into the Inbox, but some still work their way through. By choos

Pinterest is a platform that allows you to create a strong presence with your vast knowledge in your field. Pinning a picture, a list of ideas or suggestions, or a link to a blog or article, will allow you to address many issues for home buyers and sellers. Each pin should have a link back to a website or a blog so that you can continue the conversation more fully. Your Pins can be vast and cover many subjects but, in order to create a following, you need to create a theme co

Consistency is the key to success. Whether it is doing a daily routine the same way every single day or running your business with the same daily methods, consistency is the way to develop the rhythm to successful sales. This is especially true when it comes to marketing properties. Marketing each property, million dollar or $30K, each property should be marketed with the same energy and finesse as the other. No matter the price range, each of these homes has the same needs i

I can use 1001 words to describe a house to someone, but it is the photo that will be the real persuasive tool. Social media platforms such as Facebook, Instagram and Pinterest, off the ability to engage with photograph. When someone is buying or selling a house, the first thing they seek are the pictures that go with the listing. Visuals are the main focus of the social media platform Pinterest. So, logically, Pinterest is perfect for realtors. Pinterest is a virtual bulleti

First thing in the morning when a computer gets turned on, the email is checked. Emails rule in the world. Who answered your emails sent from yesterday? Did you get the answers you were looking for. What was the response rate. These are all the first things that come to mind when you open up mail. Emails are 40 times more effective than social media. Email marketing is more powerful than ever before. Ninety percent of all consumer in the United State use email on a daily basi

Personal notes are the thing that can seal a deal. It is always wonderful to find a small card sized envelope in your mailbox. You eagerly open it to find out who it is from and what it is all about. Just a message saying hello or a thank you for attending a meeting can be appreciated beyond a text message, a phone call or a page “like”. The following list are some ideas on when and how to send a personal note. Always make sure these notes are short, to the point but definit

With Facebook pages both personal and business, Instagram and Pinterest, it may seem as though your business is saturating the internet. Those pages are all fine, but should be considered add-ons to your basic “Go To” page...Your Website! Unlike a brick and mortar store or office, a Website is your business open all day and night, every day, month and year. Your customer or client can find you whenever they need you. It invites them to come on in at their convenience. When yo

Realtors look for “specialties and niches” to make their business successful in a highly competitive market. One niche that will need many realtors to specialize in is the market moving into assisted living. Many families have found themselves with the need to move a family member to assisted living and it is a dilemma. They need to figure out what to do with the home, the stuff, the family legacy all while the family member is still living. A realtor specializing in this pas
1
2 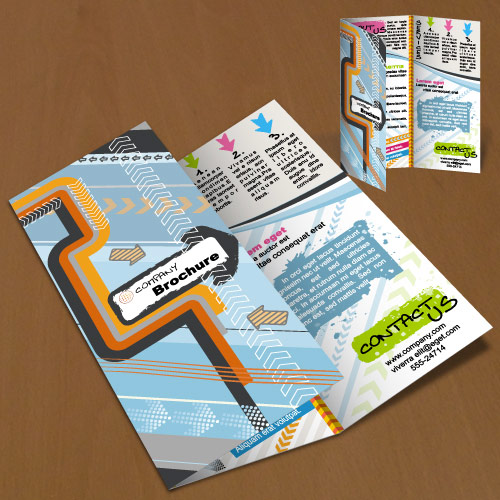 A Guide to Landing Pages

Combine Your Direct Mail with Your Digital Strategy

A Guide to Landing Pages

Combine Your Direct Mail with Your Digital Strategy